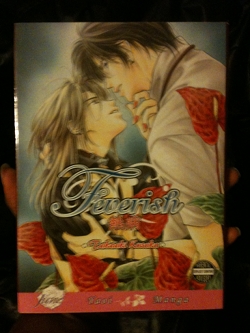 Sex Shown:
Allusionary sex in this volume. All oral and penetration is below panel but you can allude to what is being done since you see the characters’ reactions and bodies pressed against each other. *dreamy sigh*

Review:
Lovely story. In the case of both stories, Kusaka-san left off in just the right spot. The reader is left wanting a little more but still satisfied with what was offered. Sure, I’d like the story to be extended but only because I want to read more about these characters. The story was fleshed out beautifully with no dangling bits… Ok, there was one but that was purposefully left to dangle. ;P

Chihiro and Kensei made me laugh while Yoh and Ari had a heartfelt struggle. There are a few shorts at the end (only two pages long each) that show how the four characters are connected. And there are little surprises two.