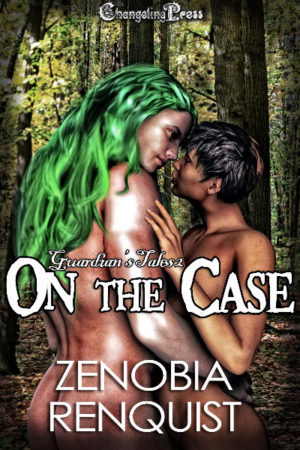 Everything changes when the tree hugs back.

Darah took what she thought would be an easy assignment—wake up a tree. Nothing to it, except this tree rouses with a case of morning wood.

Shirish has been asleep for the last few decades and is eager to get reacquainted with the world, starting with Darah. She wants to believe they have a future together but the past has unfinished business with Shirish.

Family secrets long buried threaten to set fire to their budding relationship. Without help, Darah fears their final act of love will be to burn together. 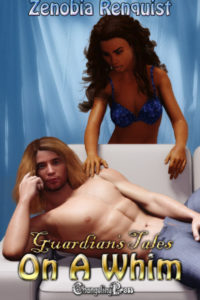 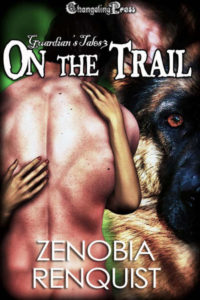 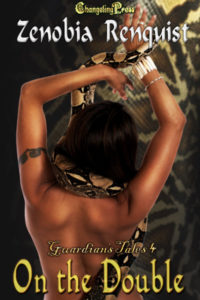 Shirish’s vines waved, making her pause. There was no wind. He knew she was there. Were the waving vines a hello or a warning that he would grab her the second she got close enough? Not knowing him well enough to make an educated guess, Darah opted for both. She decided their conversation would have to be held at a distance.

“Morning, Shirish. Guardian sends greetings. I’m not sure if you know her or not. She’s a local demigoddess who is very interested in your well-being.”

The vines continued waving in an almost beckoning gesture. Nope. Not happening. Darah wasn’t falling for it, no matter what her libido wanted.

“I see you’re still awake. Can you talk?”

Waving and nothing else.

“I’m not getting any closer than this unless you talk to me.”

There was a sighing noise that could almost be mistaken for a word. Darah frowned. Was Shirish trying to talk or were her ears playing tricks on her? “What? I didn’t catch that.”

The sighing happened again, louder this time but Darah still couldn’t make out what Shirish was trying to say. Should she chance getting closer? She would still be out of reach of his vines for the next five or six steps.

It was faint but Darah heard it this time. “Please what? Are you asking me for something?”

She shook her head. “I’m not getting any closer than this. Not after what you did last night. We need to talk first. Set some ground rules and boundaries. I’m not the type to sleep with guys I’ve just met.”

“Look, Shirish, I’m willing to help you. That’s why Guardian sent me. But I’m not going to –” Darah yelped as something curled around her ankle and instant pleasure bolted up her leg.

Before she could figure out her reaction or try to get free, the something snapped taut, tripping her. She landed on her ass and then squeaked as the vine — it had to be a vine — dragged her closer to Shirish. The man wasn’t playing fair. Grabbing at the ground to slow herself didn’t help.

Shirish pulled her up by her ankle, dangling her a few feet off the ground. It was a good thing she’d opted for a pencil skirt or else she would be flashing her panties. Though the soundness of wearing a skirt at all came into question when a second vine started winding its way down her leg. She’d known she was coming back for another round with the sexed-up tree. Why had she picked a skirt? The pants had been right there but she’d chosen the skirt instead.