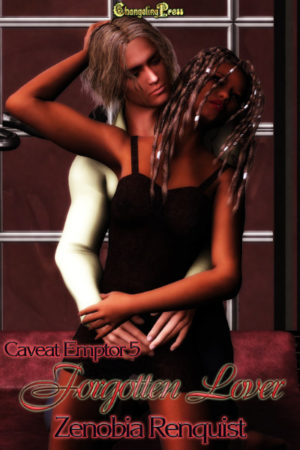 Can Medusa allow herself to love a man who’s supposed to be her enemy?

Captured by mages, Medusa is more upset at her own weakness than the mage’s idea of torture. Once free of them, she plans to slaughter them all. Except, there is one mage that awakens long buried memories of desire from a past best left forgotten. She knows this man to the depths of her soul, but she and Darius are on opposite sides of a war that has raged for centuries. It’s more than her heart at stake if she gives in to her desires.

Lord Arundel reached for her. She thought he would touch her hair. He and the others had seemed enamored of it and the mythology of her namesake. She jumped with a startled squeak when he cupped one of her breasts instead. She looked at him in question. “My lord?”

“You, on the other hand, are very beautiful, Medusa. I would not mind taking what Adelaide offered from you instead.” He stood.

Medusa shook her head at him. “I am not… I could not possibly… Miss Adelaide will want me to return with your answer.” She looked at the door quickly, wondering if she could run to it in time should Lord Arundel attack her.

“That little twit will wait with bated breath until the end of time so long as she thinks she will gain what she wants. So let her wait.” He flicked his free hand at her.

All of Medusa’s clothes flew from her body. They landed in a neat, folded pile near the door. She couldn’t understand what had just happened. How had he done that with only a gesture?

Her questions would go unanswered, as she had other things to worry about. Lord Arundel bore down on her, herding her toward the bed. She sat against its softness, staring up at him.

He said, “There’s no need to be frightened. I plan to make you feel very good, Medusa. I have wanted to touch you since first laying eyes on you earlier this day. It is my luck that Adelaide was foolish enough to send you to me with a late night message.” He smoothed his hand up her leg.

Medusa didn’t know what to do. If she denied him, Lord Arundel might accuse her of trying to seduce him. That would make Miss Adelaide angry, and the woman might force Medusa to leave. Medusa had no other place to go.

She sat still as he touched her stomach and her breasts. Fine shivers shook her body.

Lord Arundel said in a soft, soothing voice, “There’s no reason to be afraid, Medusa. I will not hurt you. Just the opposite.” He dropped to his knees before her and smiled up at her. “Open your legs. I’ll show you what I mean.”

She hesitated for only a second before doing as he bade.

She opened her legs more. Embarrassment made her whole body flush as Lord Arundel stared at her pussy. What did he plan to do?

He drew his fingers over the insides of her thighs. “A little more.”

She nodded. She had to brace her hands on the bed and scoot to the edge so she could open her legs as wide as they could go.

Lord Arundel leaned in close to her. She could feel his breath on her intimate flesh. She wanted to close her legs.

“Have you ever felt a man’s touch, Medusa?”

“Achilles. He’s a stable hand. We… once, out of curiosity, we embraced.”

Lord Arundel rested his chin on her thigh. “Did you enjoy it?”

The encounter had hurt. She couldn’t understand why the books had described such an act as pleasurable. It had been fumbling and awkward and messy. When Achilles would have engaged her again, she refused him flatly. They hadn’t spoken more than was necessary since.

Lord Arundel chuckled, sending his warm breath over her skin. “This Achilles did not know what he was about if he could not satisfy you. But I am not upset by his misstep. It means the pleasure of hearing your first cries of orgasm will be mine alone.” He spread her pussy lips wide and then ducked his head.