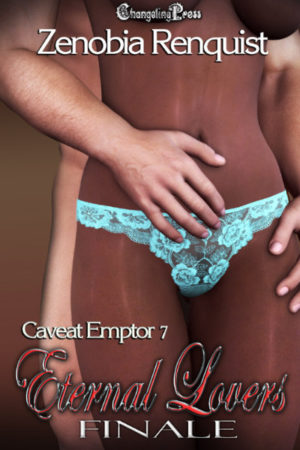 Three couples caught in a war have only one solution — peace. Si vis pacem, para bellum.

Darius and Medusa, Lamon and Sicily, Theron and Ryver — these three couples have struggled to make love work in the middle of the vampire-mage war, but now talk of peace is testing the strength of their relationships. Once simple meeting could mean the end of it all or the start of a new and brighter future together.

Lamon didn’t know what Theron was getting at. They should be planning, not comparing notes. “He said there would be a cease-fire until you meet with him.”

“And then after that, he said he knew I would come because he has something that belongs to me.”

“Exactly. He’s using her as bait for this trap.”

“At least you believe it to be a trap.”

“I’m not stupid, Lamon. This could be nothing else. By killing the vampire elders, I have shown myself to be the most powerful vampire. If they take me out then our kind will falter and eventually lose the war.”

“All the more reason for you not to go.”

“All the more reason for me to go. He has Medusa. I saved her from one madman. I won’t leave her with another.”

Lamon agreed. “I’m coming with you.”

“Of course. That’s sound. In case you need someone to retrieve you. Who will you take in my stead?”

“I’m taking no one because I’m going alone. And you’re staying put so you can take care of your wife. She needs you now more than me.”

“Bullshit. Theron, you’re talking crazy. You can’t meet the mage king alone. You saw his power. You’d be walking into your own death.”

“I have no intention of dying.”

Sicily snapped, “What about Ryver?”

“And hello to you too, Sicily,” Theron said with dry humor.

“Cut the crap. You’re leaving Ryver alone to go play cops and robbers. What happens if you die? What happens to Ryver? She’s tied to your life.”

“I won’t die, and I think I should be insulted that you both think so little of my powers.”

Sicily sliced her hand across the air in a dismissive gesture. “Where’s Ryver? I want to hear what she has to say about all this. Put her on.”

“Like hell. There’s no way she would sleep through something this big. What did you do to her? If you hurt her, so help me, I’ll kick your ass. Put her on now.”

Theron’s dark eyes bled to black to match his shoulder-length hair and the square goatee that covered his jaw. He moved closer to the communication spell. Lamon put his arm out to shield Sicily from what he knew was coming but a flick of Theron’s hand sent Lamon careening into the far wall of the cabin, pinned there and helpless.

Sicily squirmed as though trying to get out of someone’s hold, because she was. Theron had probably wrapped a binding spell around her.

Theron said with his voice full of menace, “You are new, Sicily, and have a lot to learn. But you will learn this one lesson quickly. No one commands me. I rule you, not the other way around. Do you understand me?”

Sicily squeaked with pain before nodding quickly. The power that held her released and she slumped forward with several gasping breaths. Lamon also found himself able to move. He was equal parts angry and happy Theron had bound him. If he hadn’t been bound, Lamon would have gone through the communication spell and beaten Theron for daring to harm Sicily.