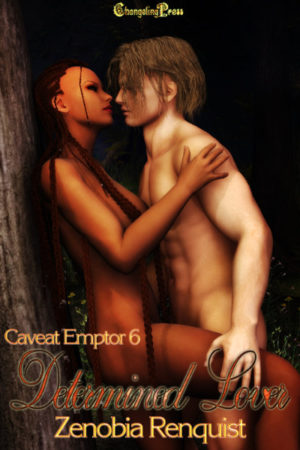 Medusa must decide if dealing with her past is a fair price to love the man who will be her future.

Medusa and Darius have escaped with their lives, but to where? The location is an unknown, like their relationship. After nearly two hundred years apart, Darius is ready to move forward, but Medusa cannot reconcile her present self with the past she purposefully forgot. Medusa must decide if dealing with the pain of her past is a fair price for loving the man who would be her future.

She narrowed her eyes on his face. “My pride is the problem, isn’t it? You liked me better when I was some mousy maid with no self-esteem.”

“You didn’t have to. Everything about you says it.” She put her hands on her hips and gave him a superior smile. “I crushed that girl and drove her to the depths of my psyche so she could never bother me. I hid her so deep that I forgot you.”

Darius stiffened. A tic formed in his jaw, which he clenched.

“I swore to never let anyone have power over me ever again. Only one man can make me obey and only because his powers are greater than mine. That man is my sire, Theron. You aren’t him.”

She faced the door once more.

“You shared blood with me, Medusa. That is marriage to a vampire. Did you do it in the heat of the moment? Do you regret joining with me? Is the memory of me a burden to you?”

His questions hurt but he deserved an honest answer. She whispered, “Yes.”

“Which question are you answering?”

“All of them.” She pulled open the door, ready to walk out and never return.

She spoke the truth. Remembering Darius was bittersweet. She had regained a love she cherished above all else. With it had come the memories of her life as a servant and then as a madman’s whore. She didn’t want those memories. She’d fought against them and the darkness that threatened to swallow her all year long. The news of Darius’s appointment to mage king drove home how badly she was losing the battle with her past.

Admitting she had such a weakness only made her want to lash out. Hunting vampires gave her anger a direction that wasn’t Darius. The turmoil that raged inside her shouldn’t and wouldn’t spill onto him. His only crime was reappearing in her life.

“All of them.” He echoed her words in a deadpan voice.

“Yes, all of them. Goodbye.” She stepped over the threshold.

She stopped and looked back at him. “You can undo what?”

“The bond between us. The blood we shared can be negated. I have that power. It’s an easy enough spell to break.”

Though he might not have meant it to be interpreted in such a way, all Medusa heard from him was that their love was easy to break. It wasn’t true. She wanted to yell her denials at him. Their love had endured nearly two centuries apart. That had to mean it was true.

All emotion left her face as she felt a familiar ice surrounding her heart. She nodded. “Do it, then.”

She left the house, closing the door behind her.

This was for the best. Darius shouldn’t be with her when she couldn’t give him all of herself. Loving him fully meant acknowledging a past she only wanted to forget.