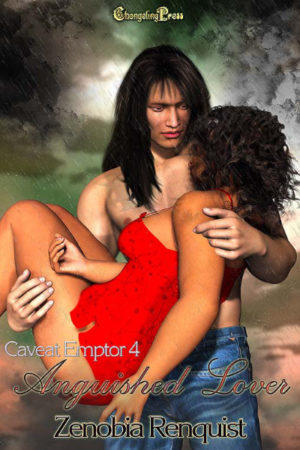 To save their love, Sicily may have to sacrifice her life.

Sicily has volunteered to put herself on the front lines in the vampires’ fight against the mages. Lamon has no choice but to go with her to keep her safe. When the worst happens, Sicily has to find out just what she’s willing to sacrifice to save the lives of her lover and her friends.

Her captor said, “What do you say I bring your boyfriend to watch you next time?”

Sicily stiffened, not believing what his words implied.

“We have him, you know. Theron too. We can bring them both. They can see you diddling yourself for my men. Would you like that? I bet Lamon would. I know how possessive he can be.”

“Fuck you,” Sicily bit out between her teeth. She pulled herself into a ball and ignored the man.

They had captured Lamon. That was good and bad. Being captured was bad. The good was that he was still alive. He and Theron were still alive. That gave Sicily hope.

Her captor laughed as he and the others walked away. In his laughter was the promise of making good on his threat.

She would deal with the consequences of it all later. Right now, the puppet spell and keeping it disrupted were her only concern.

“Sissy, can I come out of the corner now?”

Sicily sighed as she rolled to a sitting position. “Yeah, Ryver. I’m sorry I yelled at you.”

Ryver stalked over to the cot and glared at Sicily. “Why did you do that? What were you thinking? What will Lamon think when they tell him?”

“He’ll think I’m doing what I need to do to keep us safe.”

Ryver’s hard look softened to one of apology. She took Sicily’s hand in hers and held it to her cheek. “Not like that, Sissy. There’s another way. There has to be. We’ll find it.”